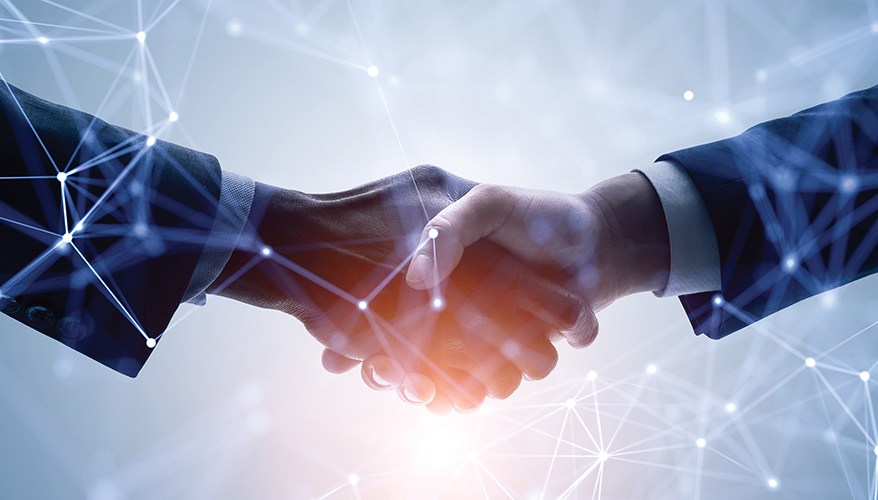 This is part 3 of a three-part series on Vital Signs 2022: The Health and Readiness of the of the Defense Industrial Base. Click HERE to download the full report.

The Defense Department has for years been plagued by a perennial problem: attracting new entrants into the defense industrial base.

Injecting the DIB with the innovation that small businesses, nontraditional companies and startups bring is critical if the Pentagon wants to maintain overmatch against adversaries, experts say. But despite a myriad of programs and efforts to entice firms to work with the Pentagon, data shows that there has been a continued downward trajectory.

There has been a decrease in both the total number of Defense Department vendors, and new entrants into the defense industrial base, according to a draft of the National Defense Industrial Association’s Vital Signs 2022: The Health and Readiness of the Defense Industrial Base report, which included data provided by decision science company Govini.

Likewise, there has been a decrease in new vendors, the report found.

The number of new entrants entering the defense industrial base declined from 2016 through 2020, the report found. In 2020, there were a total of 5,526 new entrants compared to 7,083 in 2016. There is no unified standard definition of the term “new entrant,” which accounts for some variations in data between studies.

Additionally, the number of small businesses contracting with the Pentagon has significantly declined since 2011, GAO found. Small businesses receiving contract awards plummeted 43 percent from 42,723 in 2011 to 24,296 in 2020.

“Since 2005, government-wide initiatives led by the Office of Management and Budget have encouraged agencies to consolidate and coordinate their purchases of common products and services,” the report said. “OMB’s ongoing category management initiative, in effect since 2016, intends to help federal agencies buy like a single entity so they can leverage the government’s buying power, save taxpayer dollars and eliminate duplicative contracts.”

However, Defense Department officials and small business executives told GAO that the initiative has in some cases reduced opportunities for small businesses.

Meanwhile, administrative burdens have dissuaded some companies from joining the DIB, the watchdog found.

“The DoD contracting process can be difficult to manage and many businesses prefer to work instead with the private sector because it offers more administrative flexibility,” the report said. “Small business executives said contracting with DoD often involves unpredictable and burdensome delays in award selection decisions, security clearances, work-start dates and payment dates.”

The study cited the Pentagon’s Cybersecurity Maturation Model Certification, or CMMC, as another potential barrier, with businesses telling GAO that the process was difficult to understand, problematic to implement and expensive. However, in November the Defense Department released CMMC 2.0, a version that many experts have said sufficiently addresses many of those issues.

The problem of attracting new entrants has officials’ attention at the highest echelons of the Pentagon. In December, Secretary of Defense Lloyd Austin III flagged the issue during a keynote speech at the Reagan National Defense Forum in Simi Valley, California.

“For far too long, it’s been far too hard for innovators and entrepreneurs to work with the department,” he said. “The barriers for entry … to work with us in national security are often too steep — far too steep.”

To entice new companies to work with the Pentagon, the department is “doubling down” on its Small Business Innovation Research program, Austin said.

“This program helps fuel American firms to pursue [research and development] tailored to the department’s unique tech requirements,” he said. “So far this year, we’ve awarded funds to more than 2,500 small businesses working on groundbreaking tech.”

In a memo released in October, Austin said the Pentagon has faced a decline in its small business industrial base. He urged acquisition officials across the services and other defense agencies to identify opportunities for increased contracting with small businesses and to minimize barriers to entry for companies.

“DoD components shall give increased focus to reducing barriers to entry for new entrants to help expand our industrial base, cultivate new and vital capabilities and increase outreach to underserved communities,” he said in the memo.

The Pentagon’s Office of Small Business Programs will refresh its small business strategy to maximize “capabilities through a department-wide approach and better align the department’s efforts with the president’s focus on increasing the share of dollars going to small disadvantaged businesses, lowering barriers to entry and increasing competition opportunities for small businesses and traditionally underserved entrepreneurs,” he said.

In an interview with National Defense, Farooq Mitha, director of the Defense Department’s Office of Small Business Programs, said Congress tasked his office to submit the strategy by October 2022, but he hopes to complete it much sooner.

“This is really important to us and to the secretary and the deputy secretary,” he said.

This past fall, Mitha’s office requested comments from industry about barriers facing small businesses. Responses were due in October and the office was still sifting through the more than 150 comments at the time of the interview.

Respondents also said the Pentagon’s contracting timelines are far too long and that there are not enough acquisition personnel and contracting officers to move contracts along rapidly, Mitha said.

Industry also cited CMMC as an issue, he noted. While CMMC 2.0 addresses many concerns that small businesses had, Mitha’s office is working to make cybersecurity easier for companies.

Through Project Spectrum, “we’re actually providing free cyber training, the ability for small businesses to do self-assessments, to get access to cyber [subject matter experts and] to get access to tools,” he said.

Bringing small businesses and nontraditional companies into the defense industrial base is important for the nation’s security, Mitha said.

Small businesses are at the nexus of meeting many of those issues, Mitha noted.

“I want to make sure that we’re doing everything we can to leverage the capabilities that we have that will … enable our nation to maintain our competitive advantage, to make sure that we’ve got strong, resilient supply chains here in the United States, and that we are creating more opportunities for underserved communities and leveraging the purchasing power of the federal government to do so,” he said.

While the government has faced issues attracting new companies into the DIB, Gregory Sanders, deputy director of the Center for Strategic and International Studies’ Defense-Industrial Initiatives Group, said it hasn’t been all doom and gloom.

Sanders highlighted the Air Force’s pitch day concept spearheaded by the service’s former Undersecretary for Acquisition, Technology and Logistics Will Roper, which put companies on contracts with the service in as little as three minutes after their presentations.

“The key thing that pitch day brings is the ability to get under contract fast,” Sanders said.

For small businesses or startups, working with the government isn’t just about finding the right point of contact, making a connection, and then bidding on an opportunity, he noted. They also must work through a range of administrative requirements.

Stacie Pettyjohn, director of the Center for a New American Security’s defense program, said major prime contractors have optimized themselves for the Pentagon’s burdensome procurement process, but nontraditional and small businesses have not.

“They have to sort of adapt to this really onerous process that exists,” she said. The process can be very slow and inflexible, and the threshold for obtaining a program of record is extremely high. Programs of record are where the real money is, she noted.

While the Pentagon has stood up innovation hubs such as the Defense Innovation Unit and AFWERX, most of their money is for early research and development efforts, she said.

“They don’t actually have money to procure any of these programs at scale,” Pettyjohn said. “They provide seed funding, which is in DoD dollars relatively modest. That helps to start and to get some of these companies going, and then maybe to prototype, but then it ultimately has to be picked up probably by one of the services.”

That’s where the so-called “Valley of Death” problem kicks in, she said. The term has been used to describe the chasm between developing a prototype and then getting it into a program of record.

Meanwhile, Logan Jones, president of SparkCognition Government Systems, an AI company that was founded in May 2020, said the pandemic has made working with the government more difficult for new businesses.

While it is impressive that contracts and work continued to be executed despite the challenges presented by the pandemic, “I suspect that a lot of that business went to the path of least resistance, which was the current incumbents,” he said. “That’s because trust has already been built, contract vehicles have already been enabled. … Virtual [engagement] makes that really difficult.”

Mitha noted that from an outreach perspective, the COVID-19 crisis created challenges. Under normal conditions, his staff of 750 business professionals would be fanned out across the country hosting industry days and connecting with companies.

“Just in my office alone, we used to do conferences where we would do matchmaking with our mentor-protégé program,” he said. “For the last 18 months, we weren’t able to do that.”

While it is sometimes easier to get a hold of someone virtually, there is a need for in-person connection, he said.