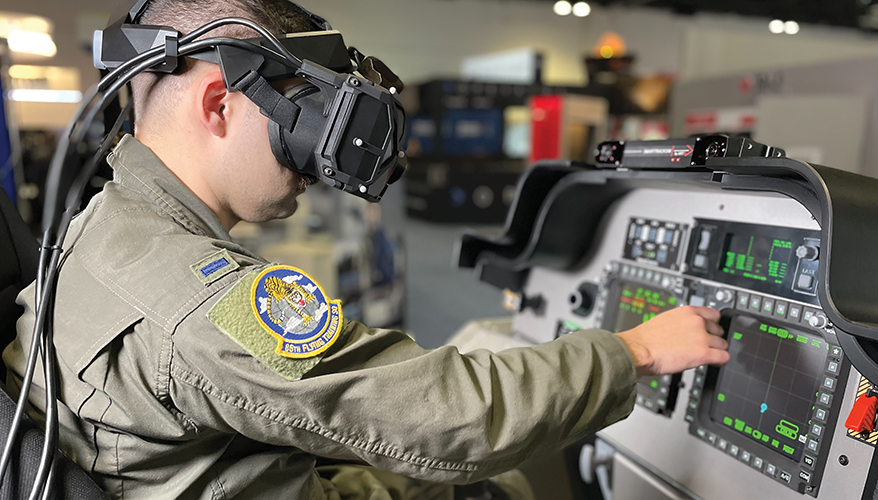 ORLANDO, Florida — A new training simulator could take advantage of the niche market for the Army’s legacy attack helicopters as the training industry focuses on newer platforms.

While the Apache is currently the attack helicopter of choice for the U.S. Army, many vendors are looking ahead to the rotorcraft that could come out of the Future Vertical Lift, or FVL, program. Vrgineers saw an opportunity, the company’s CEO Marek Polčák said.

With countries such as Australia and Poland deciding to acquire Apache helicopters over the last year, there is “still quite decent demand for Apaches,” Polčák said during an interview at the National Training and Simulation Association’s annual Interservice/Industry Training, Simulation and Education Conference in Orlando, where Vrgineers debuted the Apache trainer.

“We found out that a lot of trainers for Apaches are … ending their lifetime, and there [is] not that much willingness of other suppliers … of trainers to develop new ones, because everyone knows it will be succeeded by” FVL, he added.

Given how fast and affordably Vrgineers could build the Apache trainer with technology it already developed, the company decided to create the system in partnership with U.S.-based company DigiFlight, he said.

The trainer features Vrgineers’ XTAL 3 mixed reality headset, which offers 4K resolution and a 180-degree field of view, according to Polčák.

“[Pilots] need to be able to use their peripheral vision during the simulation, as well as … learn proper scanning patterns — so where they are supposed to look when and how often,” he said during a talk at the conference.

Most virtual reality headsets have a narrow field of view, he added. When using those headsets, operators must rotate their heads to see what they need to see.

“But that’s called negative training because you are not supposed to do that,” Polčák said. “If you are a pilot, you are supposed to do the scanning patterns [with] your eyes. That’s what we are trying to offer.”

Additionally, the Apache system can offer training not only for the pilot, but the gunner and joint terminal attack controller, he said.

Vrgineers is negotiating with a helicopter command within the United Kingdom’s military to acquire the Apache trainer, Polčák said. The United Kingdom signed an agreement to buy 50 AH-64E Apache helicopters in 2016. Fourteen have already been delivered, with the remaining 36 due to arrive by summer 2024, according to a Ministry of Defence press release.